America - We have an Accountability Problem 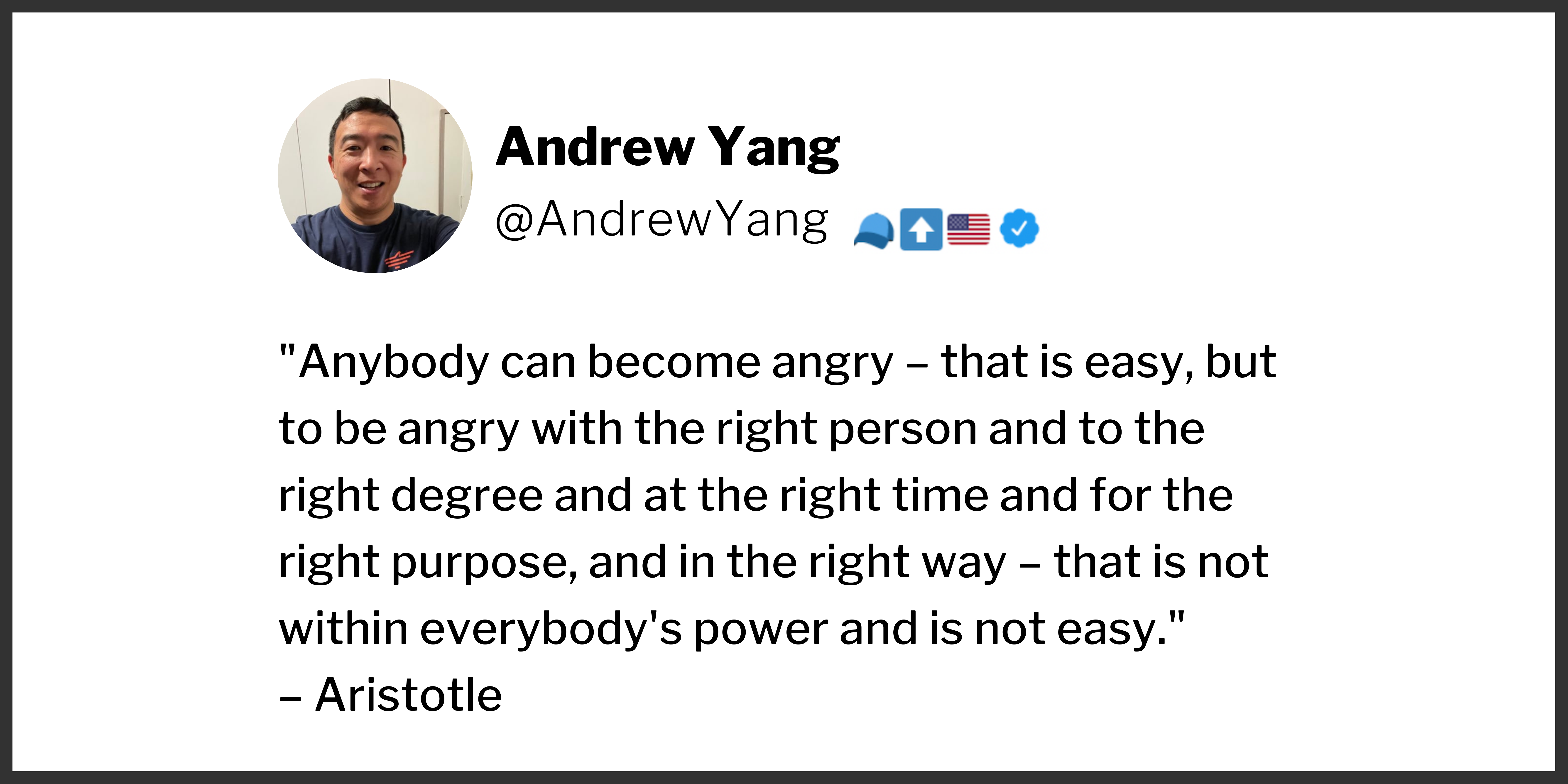 The following is Part Two of a three part series in which we will explore how we can reverse polarization. Read Part One here. Choice, Accountability, and Solutions - How we get to a better America.

How We Reform Elections To Hold Legislators Accountable

Possibly the saddest statistic about the state of representative democracy in America today is that just one-third of Americans believe that elections reflect the will of the people.

In the first article in this series, we saw how the two-party system restricts our choice and pits American against American. This article will focus on the frustration and anger that stems from our inability to hold our representatives accountable.

Accountability in a democracy is when an elected official’s performance is judged by voters in an election. We should have the power to vote our representatives out if we don’t like what they’re doing.

Here’s the MATH. The U.S. Congress has a 20% approval rating and yet fewer than 10%  of congressional seats are competitive. If voters are that unhappy and incumbents keep winning, we know we have an accountability problem.

Why isn’t there real accountability?

Despite a 20% approval rate mentioned above, incumbents in Congress win an average of  84% of general elections. Voting out an incumbent is nearly impossible.

Incumbents have massive fundraising advantages, higher name recognition, and usually the support of their party’s establishment. But the real culprit is how partisan legislators rig the redistricting process to virtually guarantee victory in general elections.

Every ten years, America conducts a census. One key purpose of this census is to count the population to help redraw congressional districts. And that’s where things start to get messy.

In our hyper-polarized, two-party system, we often see partisans attempt to draw lines to increase the number of seats their party holds. They use two methods to gerrymander districts - social scientists refer to them as cracking and packing.

This process creates unbelievably convoluted districts to protect incumbents. These legislators win office and then gerrymander their way into the most secure seat possible, which allows them to act with impunity because the chances of holding them accountable at the ballot box are so minimal.  If we want to have elected leaders that listen to their voters, partisan gerrymandering has got to go.

How do we get accountability?

Implementing nonpartisan redistricting can focus elections on the needs and will of voters. A few states are already establishing models that reduce the conflicts of interest in letting the players determine the rules of the game.

Nonpartisan redistricting led a handful of states to receive high marks from the Princeton Gerrymandering Project. Arizona and Virginia, also on the list, had independent processes.   In Arizona, this was by design, while in Virginia, when partisan maps landed in the state Supreme Court, independent experts were tasked with drawing the maps, leading to that state’s high score.  At the Forward Party, we prefer nonpartisan redistricting processes, which have very little say from either party at all, rather than independent processes, which allow partisans to elect non-legislator (but still partisan) members to the redistricting commission.

The time is right to empower voters and fix the real problem - the two party system.

Democrats and Republicans have carved up America, planting seeds of competition among voters instead of in elections.

Our elected leaders don’t have an incentive to solve our accountability problem - after all, their reelection depends on it.  It’s time to fix the system. Our anger is growing because the problems are getting worse, and we have been led to believe that we have no way out.

We need to start taking control back. Problems we are facing in our homes and our communities are not getting solved and frustration is leading to anger. By providing voters with more power, we can reduce the voter frustration that’s leading us down a dark and angry path. 25% of Americans now believe that violence against the government is “definitely” or “probably” justifiable. The facts and the data are clear. Now it’s time to ask ourselves, are we going to do something about it?

Our fellow Americans didn’t break the government - the two party system did. Instead of fighting with our family or neighbors, let’s channel that anger into a positive movement for democracy reform. That’s why the Forward Party exists.

Be sure to sign up with your state team to get involved in the fight for our representative democracy. 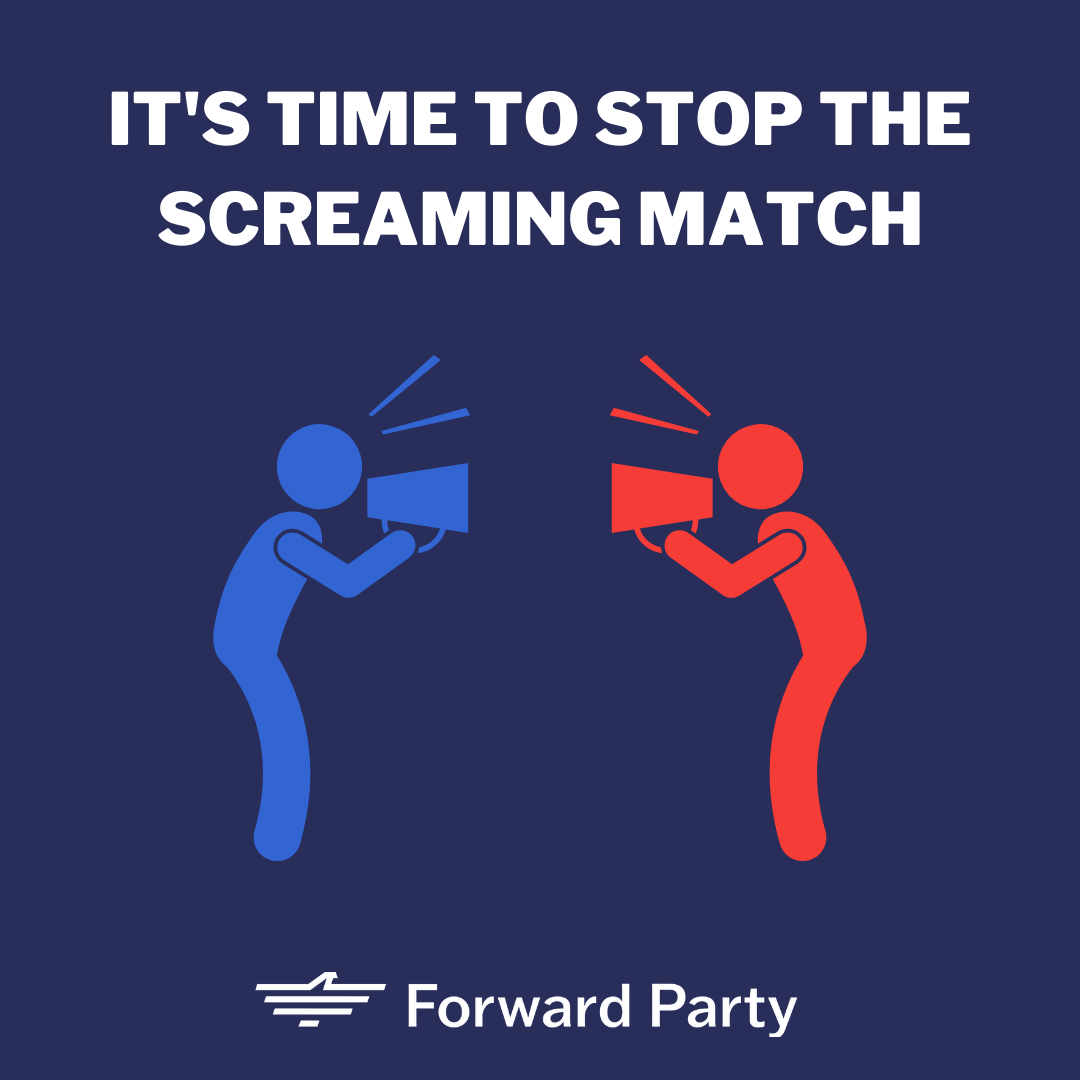 Sign in with or
Don't have an account? Click here to create one.
Please check your e-mail for a link to activate your account.
America - We have an Accountability Problem
America - We have an Accountability Problem
@Fwd_Party is fighting for the American people with practical, common-sense solutions. Join us on the most critical mission of our era - building the foundation for a representative and stable democracy. Not left. Not right. FORWARD.