Don't Get Angry at People - Blame the System 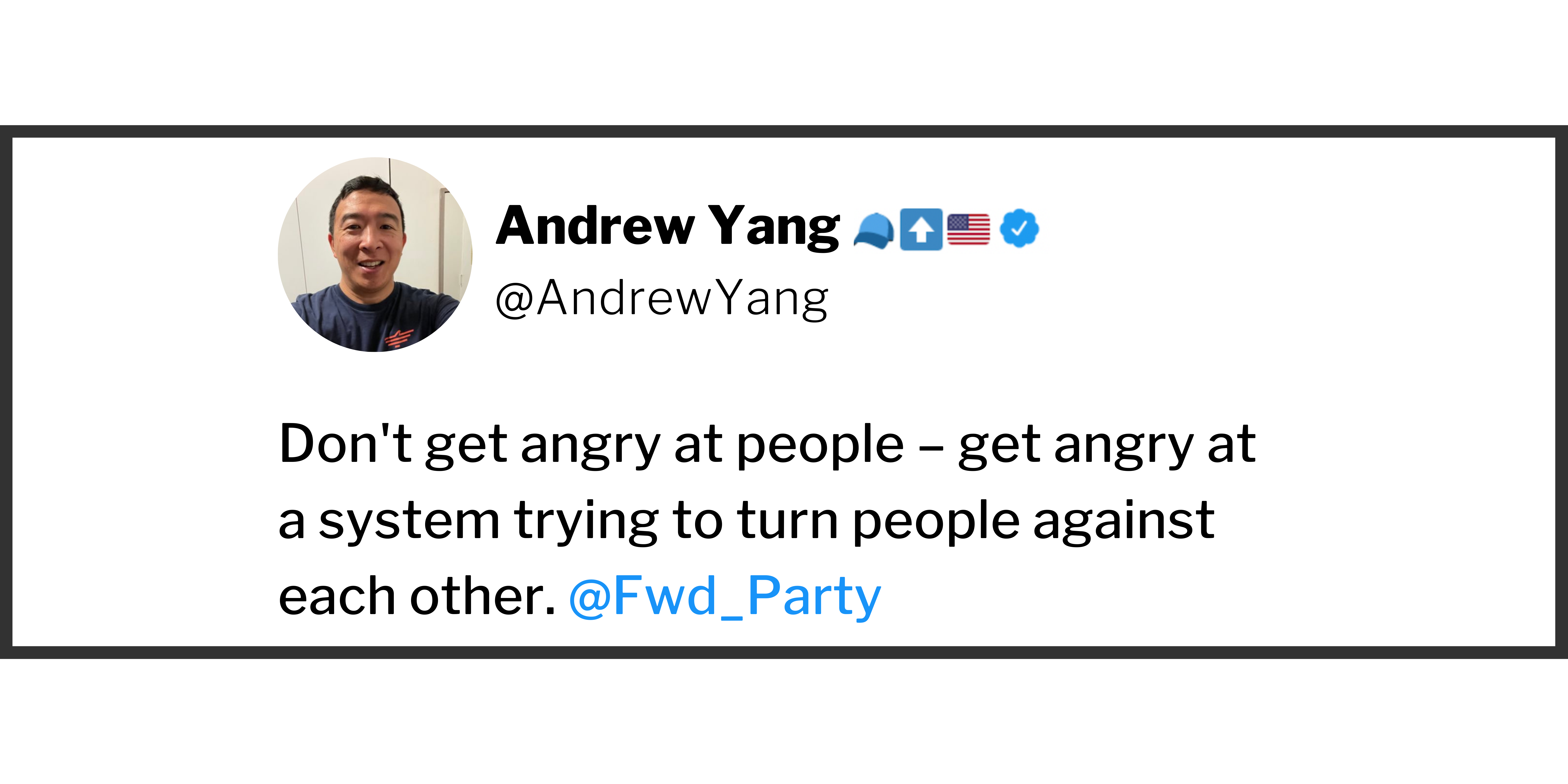 The following is Part One of a three part series in which we will explore how we can reverse polarization. Read Part Two here. Choice, Accountability, and Solutions - How we get to a better America.

There was a time when you walked into a diner and the first question was coffee or tea. Nowadays, we've got latte, cappuccino, dark, nutty, and the list goes on. That’s just on the coffee side. We have become accustomed to choice. Just about the only domain where we don’t demand choice is in politics. If you find yourselves angry at members of the other party, keep in mind that they are not the reason our choices are so limited. Voters on both sides just did what a two party system tells them to do - pick one. If we had a viable third choice, you might find that we all have a lot more in common than it seems.

Why don’t we have a choice? In our current system, third parties tend to split votes, and that makes a lot of people nervous.

Tell a friend that you’re voting for a third party candidate and you’re likely to be scolded and reminded of Ralph Nader or Jill Stein. They’ll say a third party will help the other “side” win. They’re scared. We tell kids not to give in to peer pressure, but our system discourages political independence. That should be shocking given that independence was the battle cry of our Founders.

Everything in our political system (except our Constitution) separates Americans into two camps – and for each, loyalty is everything. It bends our entire view of each other through a partisan lens.

A recent Pew poll demonstrated how even objective data reinforces this partisan lens. The poll identified nine distinct types of voters which, on a positive note, illustrated the diversity of American voters. The way the data was focused was by looking at how close each type aligned with one of the two major parties. There was another poll around the same time by Gallup, that similarly reduced independent voters to left or right leaners. Of course, they lean left or right. What choice do voters have?

Both ways of framing the data missed the real (not so new) news – American voters are far more diverse than just liberal or conservative. The complexity of the issues begs for an alternative, and we’re ready to deliver it. 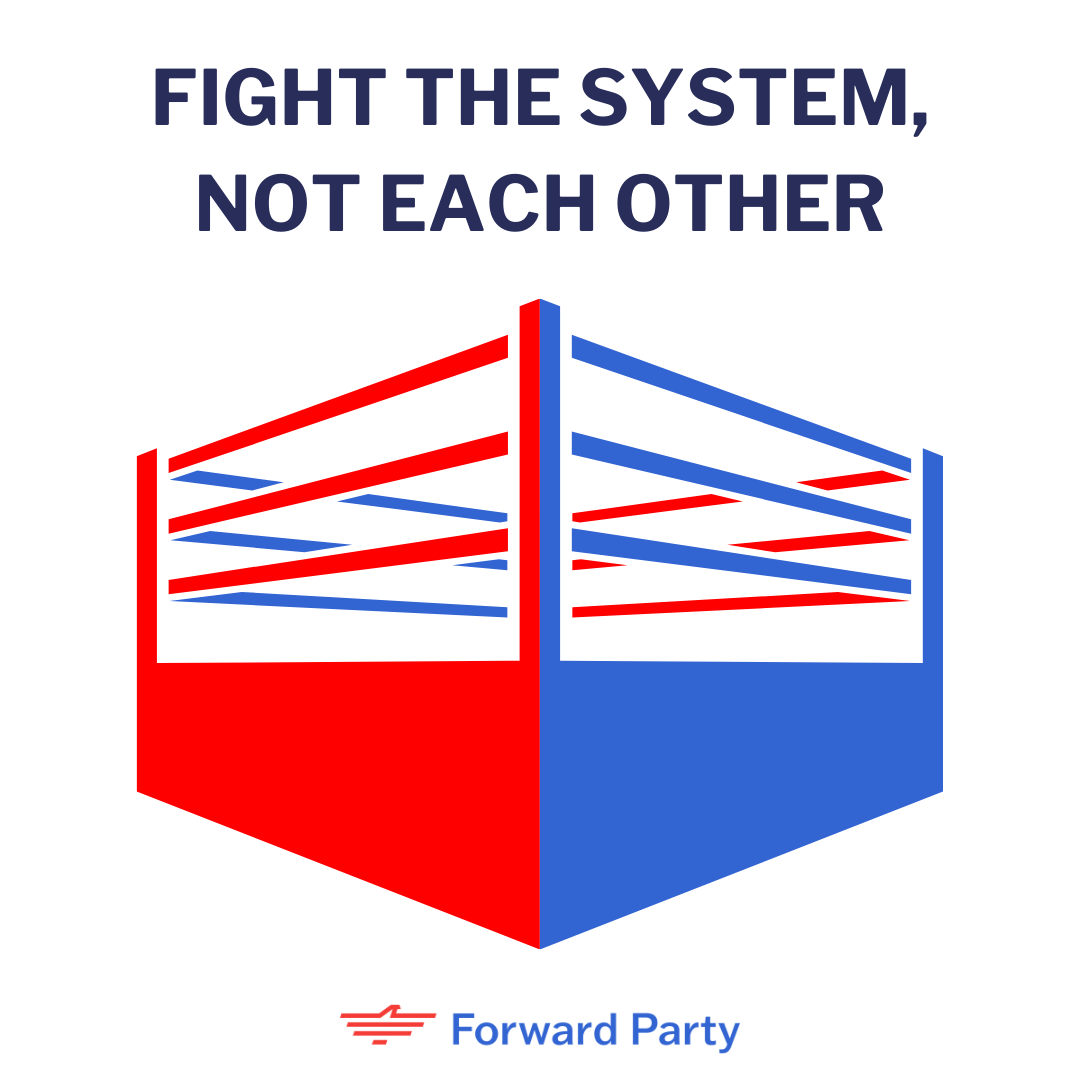 A better title for the study would have been, “Beyond Red vs. Blue: Two Parties aren’t enough.” If you are like us and you’re looking for another option, the data in the poll is very affirming. And, if you look at the poll, you’ll see that there is plenty of shared ground if you’re looking for it. Looking at the numbers within and descriptions of each typology it makes little sense that we are experiencing such partisan hatred.

Thirty-seven percent of Americans were identified by Pew as Ambivalent Right, Outsider Left, and Stressed Sideliners. Those categories may lean left or right, but these voters, if they vote, are more likely to vote against someone rather than for someone. Of non-voters, in 2020, 20% didn’t like the choices.

Could Democratic Mainstays flip Forward if they had a choice? Let’s just say, we’re not writing them off.

The Populist Right‘s anti-immigrant views may lead others to label them racist; but, this population is most vulnerable to direct competition with immigrants for jobs. While 81% of Americans can afford to say that immigrants only take jobs Americans don’t want, lack of social mobility primes this typology to fear immigration. Instead of sidelining this subsection of conservatives, a rational approach would be to find a way to provide solutions.  In fact, these voters' anti-corporation sentiment is shared by more liberal voters. The Forward Party path of common sense might be appealing - if we put partisan hatred aside.

Because reporting around the polls turns independent voters into partisan “leaners,” we lose focus on how underrepresented the majority of our nation actually is.

Lack of choice in elections means that even a reputable research organization ends up reporting data through a partisan lens. What we need is the chance to elect independent-minded leaders, rather than loyalists, into office. Our choices should reflect the diversity of our electorate.

That’s why we are fighting so hard to fix the system. This will take a multi-pronged approach.

Instead of getting mad at voters whose American experience is different from our own, let’s fix the real problem.