Stalemate - The Worst Ending for Congress or Chess 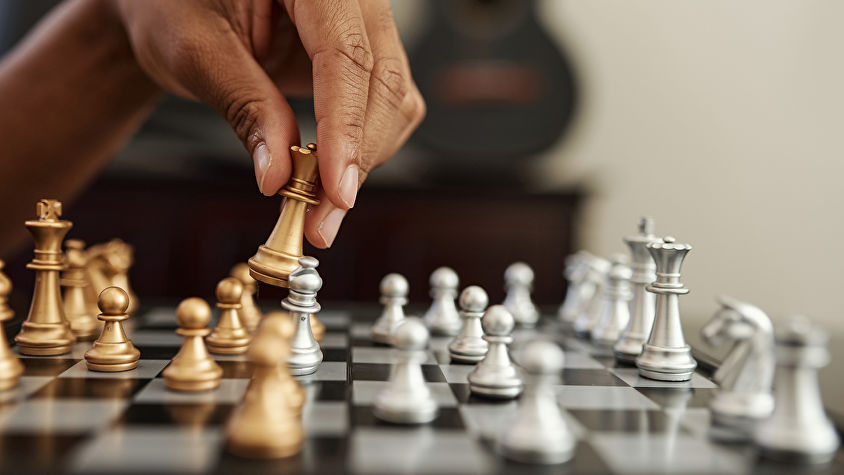 Stalemate. In chess, stalemate is often the losing side’s only hope to not lose outright. It consists of maneuvering your remaining pieces so that your king is trapped but remains out of check, ending the game without a checkmate.

In politics, it has become the default plan of the minority in recent decades.*

The politics of it are as simple as they are devastating to a healthy government. In essence, the minority, instead of working with the majority to enact the will of the people according to the votes in the most recent election, will do whatever they can to prevent the majority from passing any legislation. This, in turn, gives the minority plenty of ammunition during election season to claim that the majority is ineffective and unable to get anything done, and that it should be the minority’s turn because they won’t be as incapable.

While it might be a good plan for short term partisan gains, the inevitable outcome is obvious and destructive. This continued path of obstruction, election, and obstruction again leads to only one place - the inevitable war between right and left as each side sees the other as the only thing between the world we live in and the one each side wants to create.

How We Went From Construction To Obstruction

I’m not here to suggest that the minority has always worked hand in hand with the majority party. There are countless examples in American history of obstructionism at work, the most famous is Strom Thurmond’s 1957 filibuster against the Civil Rights Act in which he spoke on the Senate floor for more than a day in an effort to block the bill. And while the filibuster isn’t the only means of obstructionism, it is one of the most well known and effective in today’s government. Obstructionism has increased drastically in the last few decades of American politics.

Productivity in the House and Senate.

If we define “productivity” in Congress as the number of bills passed, the House and Senate have had drastically reduced productivity levels over the past eighty years.

It is true that while the number of bills has dropped significantly, the length of bills is increasing. The average total number of pages added to the Federal Register (which is a good approximation for the length of the bills) jumped from 14,736 in 1946 to 80,462 in 2013. However, much of this growth in pages is the growth of insubstantial bills, like renaming post offices. Other growth in bill length comes from combining multiple separate bills into “omnibus” packages of multiple bills at once (the effect of this practice is another topic entirely).

So productivity is down. Why is that important?

This decrease in productivity seems tied directly to partisanship. The most productive times in the last eighty years of congressional history also had the least partisan division. Vote comparisons show that the 40s through the 70s were the least polarized times in recent history. Since the 70’s, however, partisanship in both the House and Senate has steadily grown. This division is deeper today than at any point since WWII. This minute and a half animation, put together by Business Insider using data from a major study shows you how often legislators from each party reach across the aisle to work with their counterparts on the other side.

By 1999 there was almost no reaching across the aisle at all. The 20 years since then haven’t been any better. Combine this visual representation of collaboration between parties with the lack of bills passed by Congress and the picture becomes clear.

Obstructionism in its modern form is most visible in the Senate since the House of Representatives is currently structured to be far more majoritarian.

Conversely, the Senate rules as they stand today push it to be far more deliberative and award the minority party a very large amount of obstructionist power, primarily in the form of the filibuster. The Senate is set up to allow for “unlimited debate” on bills with the intent to make sure that all ideas are heard and the best solution is the one that moves forward. However, in reality, it’s used far more to simply block the chamber from even voting on a bill, rather than for good-faith debate.

The filibuster works like this: debate on a bill remains open until 60 Senators agree to invoke “cloture” to end the debate. The filibuster isn’t an iron clad rule and, in the last 10 years it’s been changed twice, once by the Democrats and once by the Republicans. In 2013, the Democratic led Senate changed the requirement for appointing federal judges and administrative positions (except for the Supreme Court) to just a simple majority vote. Once more in 2017, the Republican led Senate made another change, ensuring that Supreme Court nominees could also be confirmed with only 51 votes.

The Future Of Obstructionism

You’ve most likely heard calls for the elimination of the filibuster altogether. These calls aren’t entirely baseless - the rule, as it’s being used now, is exceptionally disproportionate. It’s entirely possible for the smallest 21 states to completely block any legislation under the filibuster, leading to the potential that legislators representing just 10% of the total US population are technically able to hold legislation hostage.

What’s more, is that the filibuster has fallen from its original intended usage of ensuring the full spectrum of debate and topics were considered. It is now frequently used without any debate occurring at all, just the threat of an unending one. It has become a lazy way to avoid conversation on tough topics.

The usage of the filibuster has increased astonishingly in recent years. In the post-war period, the filibuster was rarely used. Senators first started using it more frequently as a way to block civil rights legislation in the late 50s and 60s. From there, its usage has steadily increased until the late 2000s when its popularity skyrocketed and has shown no sign of slowing.

Can we fix it?

While blowing up the filibuster may seem enticing to some as it is a roadblock to their policy goals, it seems, to this author, the next in a series of lazy steps that allow partisanship to take deeper root.

Use of the filibuster to obstruct rather than debate provides an easy way out of a hard political discussion. Instead of finding a solution that everyone can agree on, which is what they were elected for, Senators can simply opt out of the conversation leaving America with no path forward. This leads to a sort of minority rule with the power of obstructionism keeping the majority from legislating. The minority, hoping to gain the majority themselves in the next election, abandons solutions-oriented governance.

There are alternatives to blowing up the filibuster.

Voters could, alternatively, take matters into their own hands by removing legislators who use their minority position to obstruct instead of to find compromise. Of course, this requires greater accountability at the ballot. Read more about the problems voters face on that front here.

Most enticing to this author, though, is the Forward Party’s solution – the creation of a strong third party that acts as a fulcrum (more on this soon!) to prevent either side from gaining an overwhelming majority or a substantial minority. This would force legislators to actually solve hard problems. Without the threat of filibuster or the necessary votes to pass a bill as a single party, compromise would become a fact of government, rather than a relic of the past.

A third party acting as a fulcrum is the best way to ensure that both tyranny of the majority and obstructionism of the minority are empty threats to our democracy.

It’s time to leave the old ways behind.

*Check out this article from McKay Coppins describing when the tactics of the minority changed from compromise to obstructionism.