Support for Ranked-Choice Voting is Growing

Voters in seven states voted on a record 10 ranked-choice voting (RCV) initiatives earlier this month, including proposal to use RCV for most elections in the state of Nevada. In Nevada and seven other jurisdictions, the RCV initiatives passed. When these results are added to RCV initiatives over the last five years, voters have now approved RCV in 25 out of 30 elections, an astonishing 83% win rate.

These results are consistent with recent polling. A University of Maryland poll earlier this year found that 62% of Americans support the adoption of RCV voting in federal elections. A recent poll by the University of Houston found that a plurality of Texans now favors RCV.

The polling generally shows that RCV enjoys its highest level of support among voters who are younger, more affluent, and better educated. Independents and Democrats support RCV by slightly higher margins than Republicans. But generally, RCV has, at least, plurality support across all demographics and partisan voting histories. 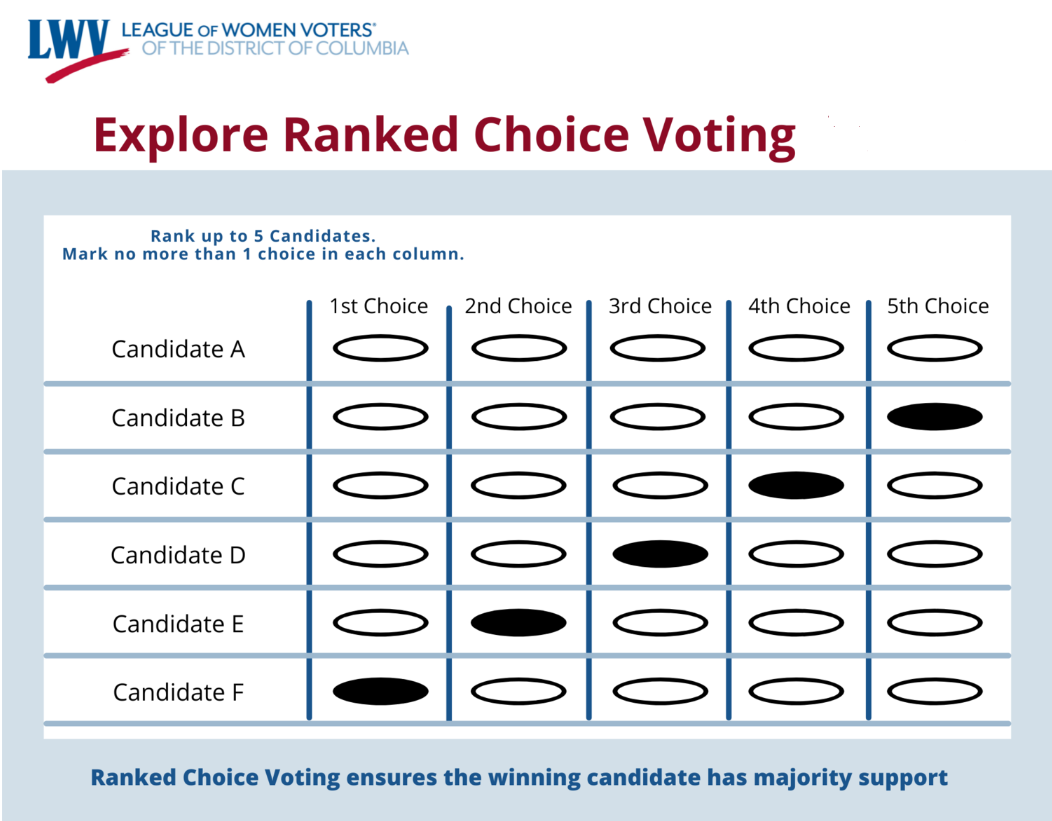 RCV is widely used throughout the world and has been used in many municipal elections in the U.S. for some time. Recently, Maine and Alaska adopted RCV through voter referendums for all elections. In jurisdictions where RCV has been adopted, polls have shown that voters understood and prefer RCV.

For example, a recent exit poll of Alaskans after their primary election year this year, found that 85% of voters found the system “simple” to use, and 62% preferred it to the traditional voting system. Exit polls in Santa Fe, New Mexico, and New York City, where RCV is used for municipal elections, found that over 70% of voters supported the continued use of the system.

With such widespread support for RCV, one might expect state legislatures across the country to be moving to its adoption. However, both the Democratic and Republican parties see RCV as a threat to the duopoly and almost universally oppose it. In Maine, where RCV was adopted in 2018, the Republicans have filed three lawsuits attempting to have the voter initiative overturned. Republicans in Alaska also filed litigation to block its use after voters approved RCV.

In the recent RCV election in Nevada, most statewide Democratic office holders opposed the RCV ballot measure, and Democrats filed a lawsuit attempting to block the measure. The most notable setback for RCV was the defeat of a ballot initiative in 2020 in deep blue Massachusetts. And Democratic California governor Gavin Newsom vetoed a bill that would have allowed local governmental entities to adopt RCV.

So, in the near term, supporters of RCV are probably going to be limited to the 26 states that have some form of direct action by voters. Unfortunately, Texas is not one of the states where voters have the right to independently call for ballot initiatives. However, as support for RCV continues to grow, there may be a tipping point where even entrenched partisan officeholders will not be able to ignore the calls for its adoption.

Bill King is the co-chair of the Forward Party of Texas. He is a businessman and lawyer, has served as a city councilman, and is the author of “Saving Face” and “Unapologetically Moderate.”

Sign in with or
Don't have an account? Click here to create one.
Please check your e-mail for a link to activate your account.
Support for Ranked-Choice Voting is Growing
Support for Ranked-Choice Voting is Growing
@Fwd_Party is fighting for the American people with practical, common-sense solutions. Join us on the most critical mission of our era - building the foundation for a representative and stable democracy. Not left. Not right. FORWARD.