Tax Day - Why Do We Still Do Our Own Taxes?

Good news for procrastinators! This year, taxes are due on April 18 due to the federal holiday on the 15th. Regardless, it is coming up fast.

If you are dreading the process, keep in mind that 75% of Americans get refunds! Still, it can be daunting, and most Americans shell out money to get their taxes done. In fact, despite free filing for those with an adjusted gross income under $73,000, only about 3% take advantage of the service. Whether you have to pay, or just choose to do so, the cost may be small compared to the return you’re likely to get; but, the whole process could be a lot easier if we were to just adopt a plan first proposed by former President Ronald Reagan!

Back in 1985, Reagan proposed that Americans simply receive a form showing their tax liability, or refund. The idea didn’t go away after he left office. The second Bush administration also tried to move the idea forward.

It’s so simple, you have to ask why it hasn’t gone anywhere. The IRS has all the information they need, and dozens of other countries have adopted this practice. Given the hundreds of billions of dollars of taxes that go unpaid, intentionally and unintentionally, automatic tax filing could solve this problem and make life easier.

The solution is as simple as paying taxes would be – if not for the tax prep lobby block! 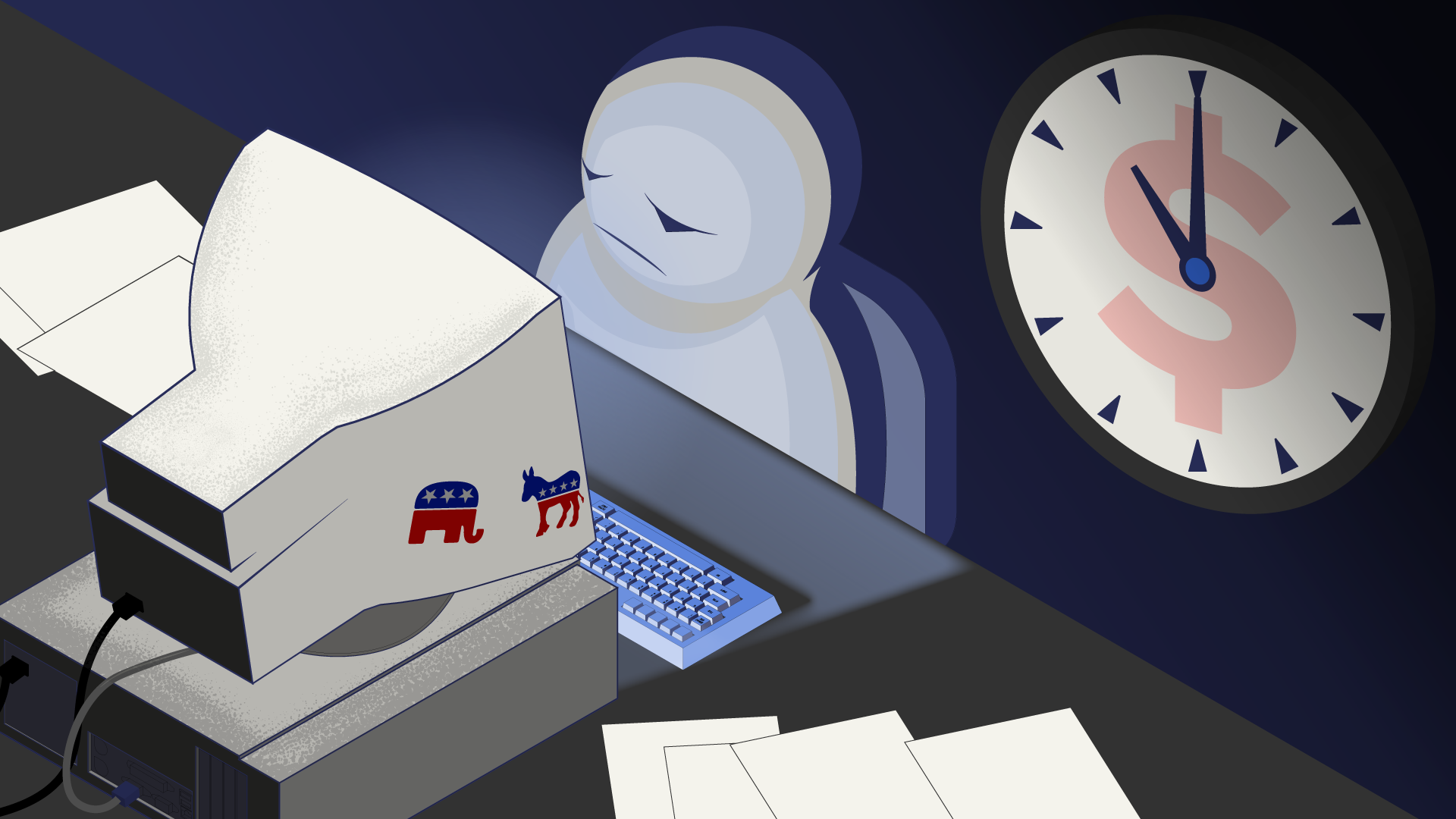 It’s difficult to determine exactly how much money is spent by the total industry to curtail modernization of our tax system, but two of the largest national tax preparation software companies, H&R Block and Intuit, spent $6.6 million on lobbying in 2018.

It’s a small price to pay by an industry that made 13 billion dollars in 2020.  That’s more than the 12 billion it costs to keep the IRS running each year! Obviously, these companies want to protect their profits, and their jobs. We’re all for that! But in a free-market economy, in which an estimated  9.4 million small businesses were shut down in 2020, despite COVID relief funding, why are we propping up a multi billion dollar industry just so we can fulfill a civic obligation?

The industry works hard to ensure that Congress moves slowly, if at all, to make common-sense changes. They even lobbied a deal that a private tax prep alliance would offer free filing for those earning under $73,000 and, in exchange, the IRS would not develop its own system.

There is a better way. But, as is often the case, special interests don’t like the solutions.

We can even make tax day a national holiday - Revenue Day. Give everyone the day off and celebrate our contribution to building a strong nation.

While there’s plenty of bickering over where our taxes should go and how much we should have to pay, taxes are one thing we have in common. Why not celebrate and reward civic duty – with common-sense, pride and a little pause in the daily grind.

This is one more way that we can move our country FORWARD – together.