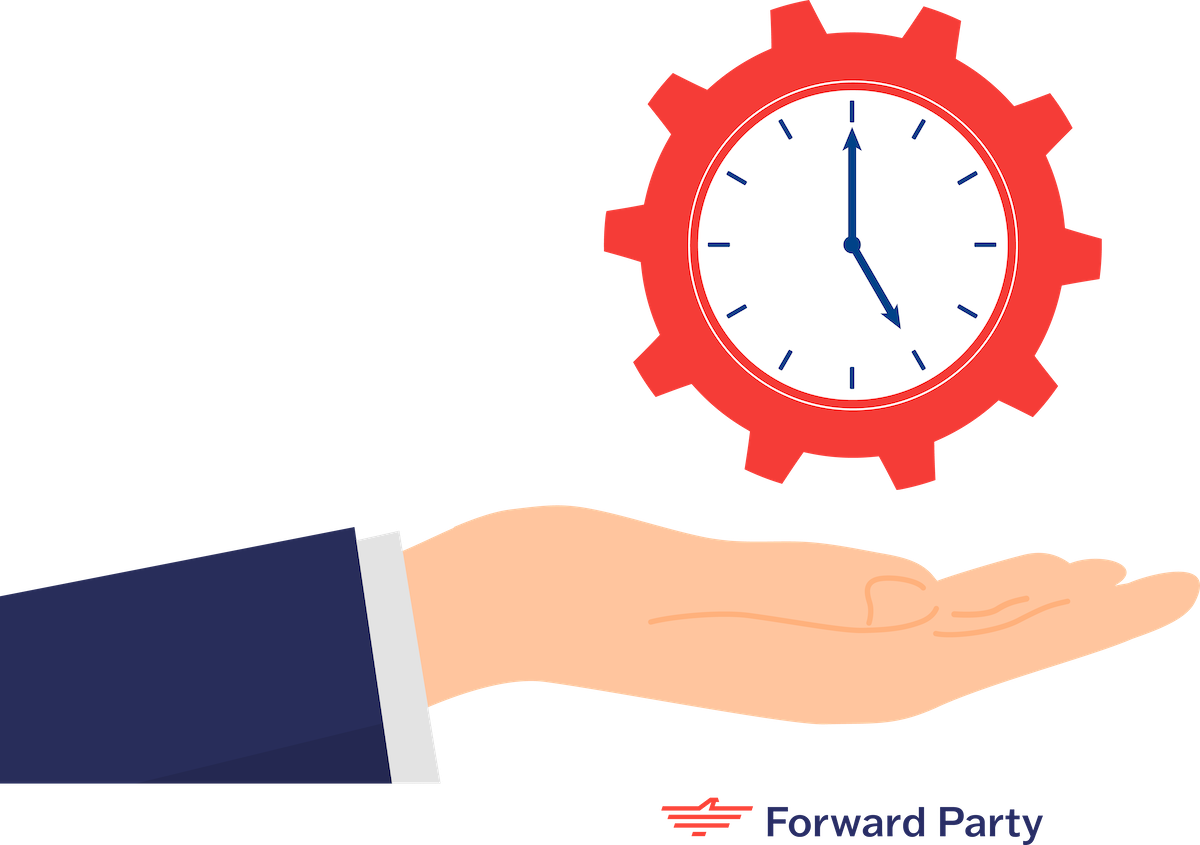 The approval rating of Congress is consistently below 20%, yet the reelection rate is over 95%. If Congress were a television show, it would be taken off the air and not return for another season.

Why are our elected officials able to keep their jobs despite abysmal performance results?

Career politicians can stroll the Capitol's marble halls for decades and accomplish very little (except reelection) because our electoral system provides candidates with the wrong incentives. When Congress members are constantly thinking about reelection, they end up devoting more time to campaign fundraising instead of serving the people. This revolving door in DC is hard to break, and the average age of senators is now 64.3 years — the oldest in history.

On April 10, 2018, Mark Zuckerberg testified before a combined Senate Judiciary and Commerce Committee hearing on Capitol Hill to a group of out-of-touch lawmakers. Senators from both parties asked questions that revealed how little they know about the Facebook platform and technology in general. If they weren’t so busy focusing on reelection, maybe they would have had time to research the social media platform before the hearings.

The advancing age of lawmakers is concerning, especially with the advancing pace of technological developments.

So what can we do about this?

An overwhelming 80% of voters approve of a Constitutional Amendment that will place term limits on members of Congress. More than three quarters of Americans agree that we shouldn’t send people to Washington for decades on decades. It’s important to note that the only way to impose term limits on Congress is to amend the Constitution, which requires passage in 38 states.

Let’s unpack the pros and cons of congressional term limits.

The Pros of Term Limits:

Establishing term limits could motivate lawmakers to pass successful policy if they know that their time in D.C. has an expiration date. When there’s no clear end date to their term of service, Congresspeople lose the sense of urgency to address the issues they specifically ran to fix. What’s worse, they may find that holding out for “a perfect solution” keeps the issue as a valuable campaign talking point, even when their ideologically “perfect” solutions are impossible to enact.  A hard term limit could add pressure for our representatives to actually do the job we hired them to do.

It would also rejuvenate Congress by bringing in new leaders with innovative ideas on a rotating basis. We live in the digital age. Every ounce of our lives is connected to the internet, wifi, computers, and the cloud - with new technologies emerging almost daily. Other aspects of our society and national identity can change just as rapidly. It’s important, then, that our legislators are reflective of multiple industries, communities and generations. The power of unending incumbency often keeps Congress from reflecting the evolving social, technical, and cultural reality of our country. Fresh and innovative brains in the halls of Congress are what we need to continue to strive for greatness in the digital era.

The Cons of Term Limits:

There is the argument that experience is valuable, and that the longer you do a job, the better you get at it. Put it this way - you wouldn’t want your heart surgeon to be cutting you open their first day on the job, would you? You’d be far more comfortable with someone who had been performing that surgery for twenty years. Legislating is harder than many people want to acknowledge, and the level of expertise which Members of Congress can build over decades of work on - for example, tax policy - can be instrumental in addressing real legislative concerns. Terming out politicians would mean cutting short that expertise.

History has also shown that inexperienced legislators have a tendency to turn to special interests and lobbyists. Term limits could potentially risk advancing special interest causes in general, seeing as most influential former Members of Congress go to work for private sector lobbying firms.

Finally, with term limits, legislators would have to rely more on unelected bureaucrats who have been working in the federal government for long enough to build up substantial institutional knowledge. This undermines the democratic nature of our institutions, if we begin to cede more and more power to people hired into positions of power, rather than elected into them by the will of the people.

When our country was founded, there were no term limits.  And still, recognizing the need to hand the reins on to new leaders with new ideas and to resist the temptation of lifelong power, George Washington voluntarily left the presidency after only two terms.  Presidents after him for more than a century followed his example until FDR won four terms and the nation realized that term limits were a necessity.  Have we reached that same turning point for Congressional terms now?

The solution to this is complex. It may be term limits. It may be election reform to change the incentives of the system. It may more likely be a combination of both options. One thing is clear - the current way we’re doing things is leading us towards disaster and we must change it for the better.

Ali is the Social Media and Technology Manager at Forward Party.

Sign in with or
Don't have an account? Click here to create one.
Please check your e-mail for a link to activate your account.
Term Limits - Pros and Cons
Term Limits - Pros and Cons
@Fwd_Party is fighting for the American people with practical, common-sense solutions. Join us on the most critical mission of our era - building the foundation for a representative and stable democracy. Not left. Not right. FORWARD.