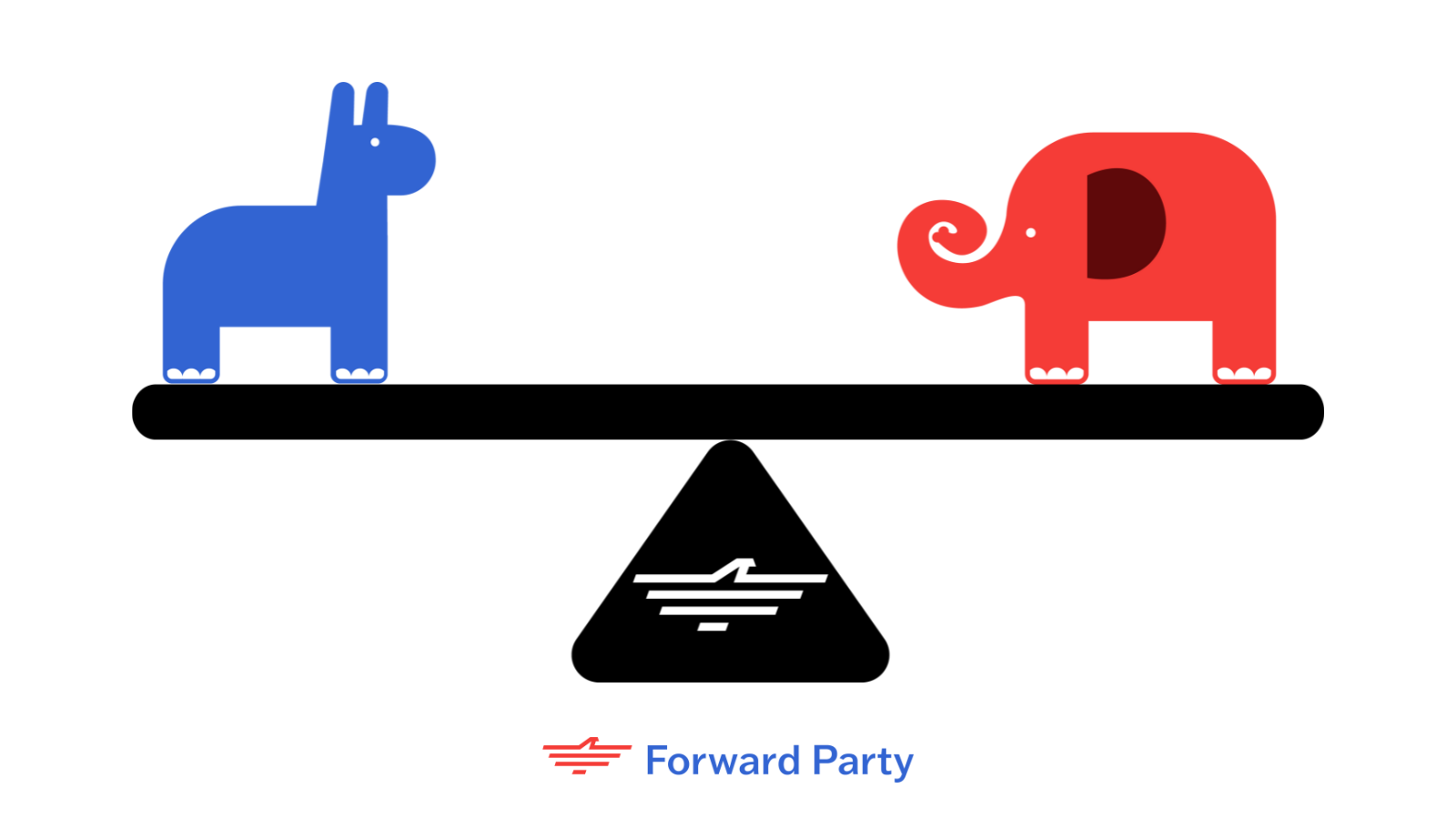 If you’ve been keeping up with our blog so far, you know that we (Forwardists, independents, anyone invested in democracy reform) can win elections. With Ranked-Choice Voting and Nonpartisan Primaries, Forward Party candidates, along with any independents or other non-major parties, finally have a chance at a level playing field. But in order to get there, we, the voters, need to make the choice to change this country for the better. We need to vote in new elected officials who care about solving problems, not partisan battles.

But what’s next? What do we do once we’re in Congress? It’s not as though the Democrats and Republicans are just going to play nice once we win a couple seats…

Throughout centuries of two-party battle in Congress, the rules and traditions have been bent by Republicans and Democrats to entrench a two-party system. The majority party has nearly all the power - they set the congressional schedule, control (mostly) committee assignments, and chair every committee to ensure control over which bills make it to vote and which don’t. The minority is left with two options, cooperation and compromise or obstruction. You and I both know which option they choose.

Everything is set up to ensure that the party in power stays in power as long as possible, while the party out of power has the fewest options available to them to change things.

But we can beat the system.

This is where the fulcrum strategy comes into play.

The fulcrum strategy, like its namesake, is a way to balance the scales in Congress. In order to be successful, the fulcrum strategy requires a third group of elected officials to control the “middle” of the scale. Not the ideological middle, but the middle of the scales of power. This third group wouldn’t even need to all belong to the same party. All they would need is a united desire to wrest the reins of power from the two major parties and give them back to the people. This group would only need to be large enough to ensure that neither of the other two parties could hold a majority on their own. With enough seats to deny a true majority to either party, the fulcrum coalition could change the rules of Congress to ensure that new parties are enshrined in the bylaws and are equal participants in democracy.

Right now, the Democrats control both houses of Congress. There are currently 220 Democrats in the House and 210 Republicans, along with 5 vacancies. With this math, a third party would need to strip 3 seats from the Democrats, bringing their count down below the 50% threshold. Just 3 seats to save our democracy.

The Senate is even closer. There are currently 50 Republicans, 48 Democrats, and 2 Independents that caucus with the Democrats. If a third party was able to take one seat from both the Republicans and Democrats, they’d be able to change the Senate for the better.

That’s all it will take. 3 seats in the House. 2 seats in the Senate. Get those, and the Forward Party can clear the way for a truly representative democracy.

We can do this.

We can bring this country Forward. Are you ready?

Sign in with or
Don't have an account? Click here to create one.
Please check your e-mail for a link to activate your account.
The Fulcrum Strategy
The Fulcrum Strategy
@Fwd_Party is fighting for the American people with practical, common-sense solutions. Join us on the most critical mission of our era - building the foundation for a representative and stable democracy. Not left. Not right. FORWARD.