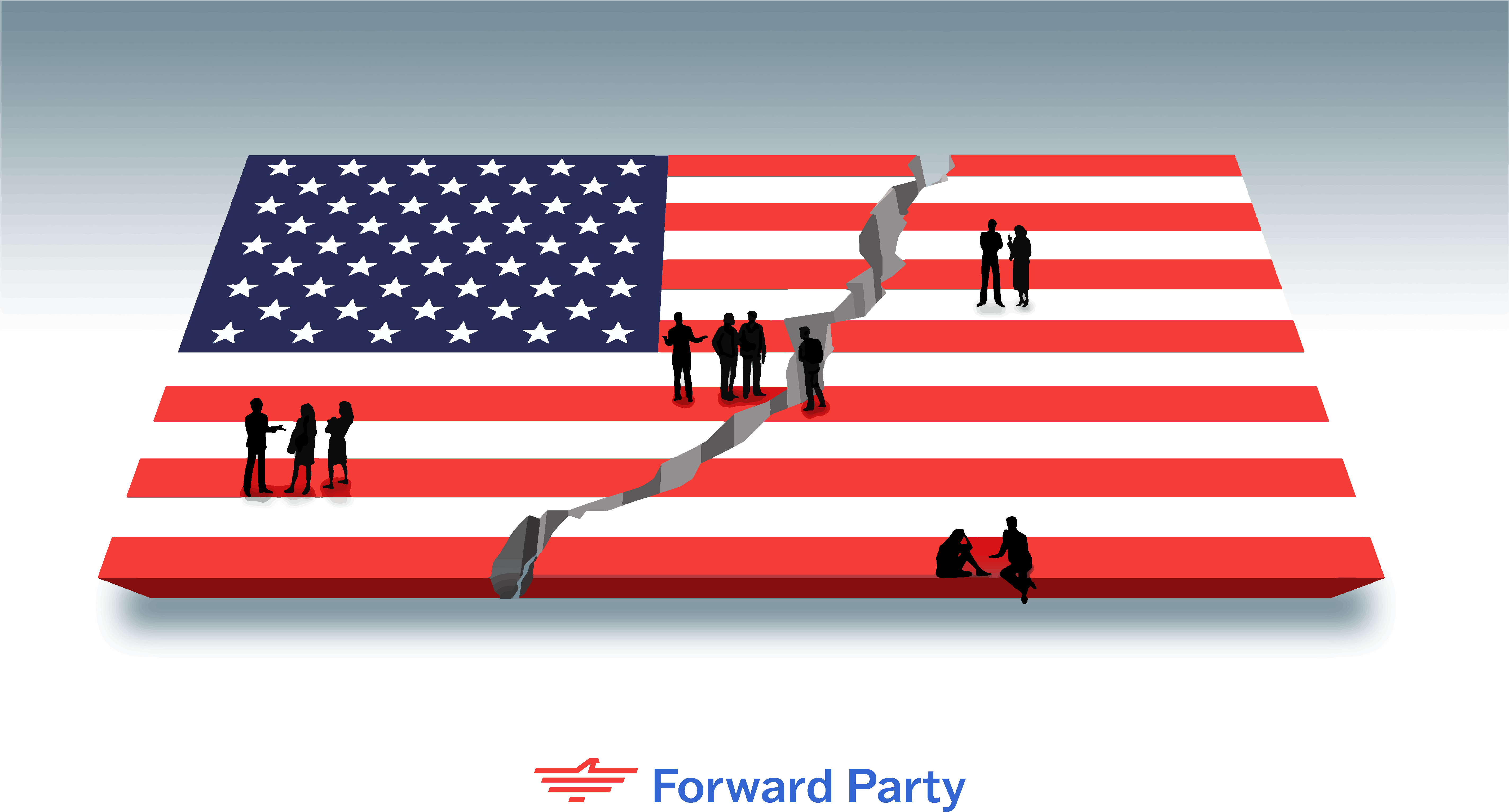 Legislative ineffectiveness doesn’t just occur in a bubble in Congress. Cultural and systemic issues stand in the way of lasting solutions.

We are experiencing a trend, with no end in sight, towards more party-line voting in Congress and less compromise. We can pinpoint why more and more legislators are voting on party lines only when we consider what gets candidates elected to their seats.

Our electoral system provides candidates with the wrong incentives.

In our electoral system, candidates run against each other and, outside of some local races, the person who gets the most votes wins. It sounds pretty basic, but as we've looked at in discussing primaries and first-past-the-post voting, our system is set up in a way that actually incentivizes candidates not to get things done.

Think about it this way: There are two basic ways to win an election. First, you can campaign on what you've done for your constituents. Second, you can highlight the failure of your opponents to get anything done. And as our politicians have figured out, it's a lot easier to cause your opponents to fail than it is to get anything done yourself. This leads legislators to obstruct their opponents as much as possible so they can point to this failure during their campaigns.

You'd think that the party in power, then, would have an incentive to get something done. However, as political scientist and author Lee Drutman notes, politicians “don’t really want to solve problems, because that potentially demobilizes people before the election.” In other words, the party in power has a motivation to avoid solving problems because then they lose an issue to campaign on.

Since obstruction has become a surer path to victory, elections have become disconnected from accountability and good leadership. The party's turn to the blame game as they campaign, failing to lay out a clear, positive vision for the future.

In her book, Insecure Majorities, author and professor Frances Lee explains that “[T]he primary way that parties make an electoral case for themselves vis-a-vis their opposition is by magnifying their differences.” This leads candidates to focus on “nonideological appeals accusing the other party of corruption, failure, or incompetence” in motivating voters by amplifying hostility.

The Dividing of America

Congress used to get a lot more done. Legislators viewed it as their goal to head back to their homes with promises delivered in hand. Voters would ask what Congress did to make sure that they could feed their families, bring home a good income, run their businesses, get to work on time, and make sure they could see a doctor. Elected officials who couldn't answer those questions didn't stay elected for long.

Author Bill Bishop says “politics now isn’t about dividing stuff up. It’s not about, as it was in the old days, getting roads in Kentucky. Now it’s about identity.”

These days, however, representatives are less focused on bringing home evidence of effectiveness and more interested in leaning on ideological and divisive messaging. Politics has become an identity sport, and our leaders are turning us against each other, making the other side an existential threat to America. When your base is so afraid of the other party that they have a more positive view of Vladimir Putin than they do of that party's leadership, you don't have to do anything to get reelected.

54% of us see other Americans as a threat to our way of life. It doesn’t have to be this way. Senator Dick Durbin said, “Welcome to the United States Senate. I’ve been here for 25 years and I’ve seen the decline of this institution to the point where we no longer function as we once did.”

Sadly, our media is playing along, as covering these extreme statements by our leaders gets more clicks and shares.

In short, the incentives in the system are pulling us apart.

Bringing Us Back Together

We can't trust those in power to fix the problem. They helped cause it.

This ideological wall between right and left must be broken down so that real progress can be made. The solutions are twofold:

There are a lot of people on a mission to implement these solutions.

First, there's us - the Forward Party. Everyone reading this has signed up to help bring about reforms and elect leaders that will get America back on the right course.

The Bridge Alliance has created a network of organizations and leaders who are working to promote civility, transparency, effective governance, civic engagement, and a country before party mindset. The growth of the Bridge Alliance shows that Americans know how important the cultural divide is, and events and media included in the alliance hone in on bring people together to talk about what actions are needed to move past the crippling polarization of the country.

Veterans for Political Innovation, has made it their mission to bring electoral reform to America. VPI is focused on delivering open primaries and voting reform to the nation. With 49% of veterans not registered with either major political party, it's a priority of VPI to open primaries. They are also advocating for election innovations that will help repair some of America’s least-trusted institutions (the political system and Congress).

The Independent Voter Project provides unfiltered political news and policy analysis from across the political spectrum, removing the bias and helping focus readers on the facts.

The Forward Party and everyone in this movement have the courage to challenge assumptions, examine data, and look to understand—not defeat—opposing ideas. This is what it means to be guided by policy, not partisanship.

We are supporting candidates who will deliver on democracy reforms like ranked-choice voting and nonpartisan primaries; candidates who believe that collaboration, not obstruction, is the best way to serve the American people.

Election reforms will help break the stalemate and bring increased collaboration. If the major parties can’t rely on winning by a sheer numbers game, and if we take away their toys (gerrymandering, ballot access restrictions, and plurality elections), they’ll have to do their jobs to get reelected.

Join us to shed the culture of red versus blue, and to unite us all around the issues that matter to us each and every day. We’ll restore the only identity that should matter when you hit the polls: American.

Sign in with or
Don't have an account? Click here to create one.
Please check your e-mail for a link to activate your account.
Join us to shed the culture of red versus blue, and to unite us all around the issues that matter to us each and every day. We’ll restore the only identity that should matter when you hit the polls - American.
We can stand by or we can stand up -- for Action!
@Fwd_Party is fighting for the American people with practical, common-sense solutions. Join us on the most critical mission of our era - building the foundation for a representative and stable democracy. Not left. Not right. FORWARD.